Chinese Immigration during the 1800s in the United States 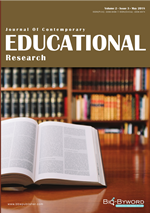 The first wave of Chinese immigration was between 1849 to 1882, and 110,000 Chinese immigrants had settled on the west coast of the US, attracted by “Gold Mountain” in California and the large employment of railroad workers (Hsieh). When some anti-immigration acts passed, especially the Chinese Exclusion Act in 1882 which banned Chinese immigration for ten years, only certain documented immigrants were allowed to come to America (Carlin). The Chinese Exclusion Act was not repealed until 1943 when the US need a smooth relationship with China in World War II (Ashabranner). Although the Immigration Act of 1965 continuously had a restrictive impact on Chinese immigrants, productive Chinese immigrants made great contributions to the US economy and politics in a large number of industries and business. One example is building the long railroad which allowed communications between the West and the East, and unified the country after the Civil War. They also brought their cultures to the add to diversity in the United States (Documentary :Silent Chinese laborers in the US). As time went on, more and more Chinese started their new lives in the land which across the Pacific Ocean from their hometowns because of political, economic, and academic factors (Hsieh).