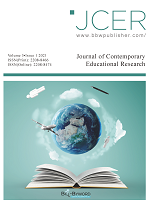 Wordsworth is the leading figure of English Romanticism in the 19th century and the most famous poet among the “Lake Poets”. He ushers in a new era of Romanticism for the English literature, and also exerts a great influence on the world literature. Most of his poems are about the natural scenery from which he explores its impact on human’s soul, so he has been regarded as “a poet of nature”. This thesis reveals the formation of the poet’s romantic view of nature and its demonstrations by analyzing one of his famous poems The Daffodils.