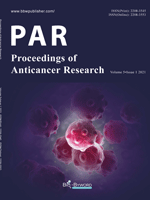 Objective: To analyze the clinical effect of primary small liver cancer under radiofrequency ablation (RFA) and surgical resection (SR) treatment, and to explore the best application timing of the two treatment methods. Methods: Randomly controlled clinical trials (RCT) of percutaneous radiofrequency ablation and surgical resection for the treatment of small liver cancer in various databases were searched according to the established search strategy, and Meta data was analyzed based on RevMan5.3 software provided by Cochrane collaborative organization. Results: A total of 10 articles were included in this study, including 1396 patients, 699 in the RFA group and 697 in the SR group. Meta-analysis results showed that the two groups had no statistical difference in overall survival rate at 1 and 3 years, 1-year disease-free survival rate, and 1-year recurrence rate (P>0.05). The 3-year disease-free survival rate of the RFA group was lower than that of the SR group, and the 3-year recurrence rate was higher than that of the SR group. The higher postoperative complication rate tended to the SR group, and the differences were statistically significant. (P<0.05). Conclusion: For short-term efficacy, radiofrequency ablation and surgical resection show consistency; for long-term efficacy, surgical resection is more effective.