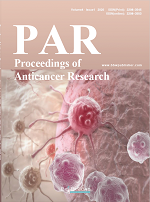 Background: The purpose of this study was to determine whether the occurrence of neonatal idiopathic congenital talipes equinovarus (ICTEV) in Northwest China followed a seasonal pattern and to speculate the potential etiology of ICTEV. Methods: We collected data from 221 children with ICTEV who were born in Northwest China to investigate seasonal variations. We also analyzed seasonal variations in the month of birth and severity. Results: Among male infants with ICTEV, the constituent ratio of children born in May and October was statistically different from that of normal children (OR=1.674, 95%CI, 1.003-2.795, P=0.049; OR=0.041, 95%CI, 0.450-0.968, P=0.041). The months distribution of unilateral and bilateral limb was different (P=0.025). The constituent ratio of bilateral limb in March was higher than that in the other months(P=0.003). Conclusions: This study does not support an in-utero enterovirus infection as the etiology of ICTEV. However, the current research provides strong evidence in support of an unidentified environmental factor influencing the occurrence of ICTEV in the Northwest Chinese population.