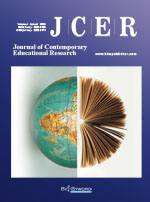 What could be more antithetical than the alliance of the words “culture” and “political power”? Yet, for over fifty years, the process of European integration has been linking these opposing concepts. European culture, ‘a sort of UFO’ for most Europeans and it has become a major political and philosophical issue. Given their political and strategic importance so-called ‘geo-cultural’ issues have been called upon to constitute, along with geopolitical and economic issues, a governance axis. The European Union’s current mode of cultural action, intrinsic to national policies, is unable to address these issues. Indeed, the EU should completely rethink its conception and political implication of culture, and recognize its great importance, both for the success of European integration, and for the new civic relationships which are developing today in local, national and global communities.